Posted on February 22, 2017 by Simon Richardson 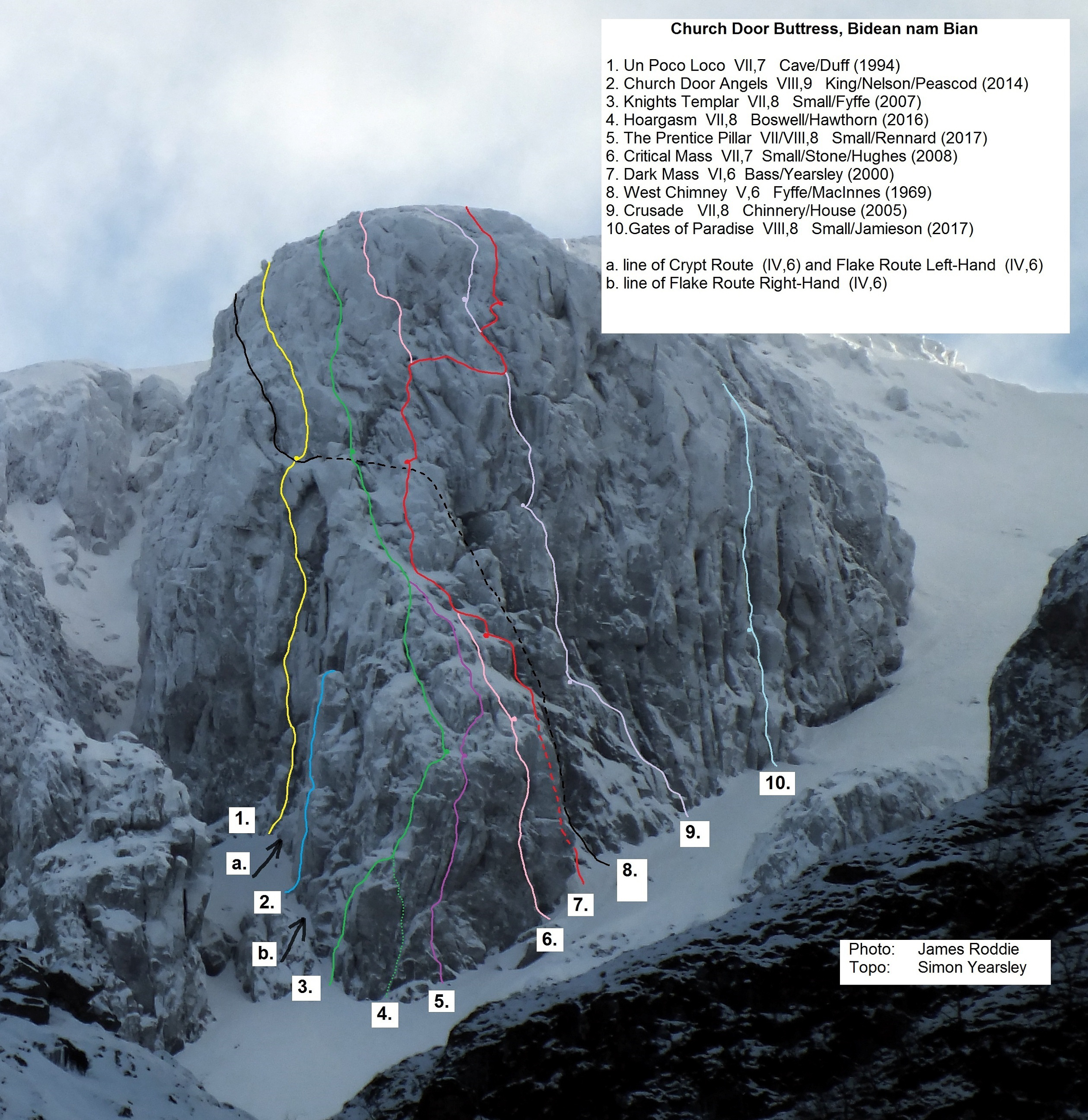 The imposing Church Door Buttress on Bidean nan Bian is one of the highest altitude cliffs in Glen Coe. It has seen considerable winter development in recent years. This topo, courtesy of Malcolm Bass, Iain Small and Simon Yearsley, finally reveals where all the lines go. (Photo James Roddie/Topo Simon Yearsley)

Every now and then something pops into my mailbox for scottishwinter.com that is both completely unexpected and winter climbing gold dust. The attached topo of Church Door Buttress on Bidean nan Bian is a case in point. Malcolm Bass provides the background:

“For years Simon Yearsley and I have been talking about how useful it would be to have good topo of Church Door Buttress. It’s a multi-faceted, two-tiered cliff, and it isn’t easy to keep track of where all the new routes go. But talking was about as far as we got until I bumped into Iain Small a couple of weeks ago at the CIC Hut. Helen Rennard was there too, so we spoke about The Prentice Pillar, and that gave me a great opportunity to get onto my Church Door topo hobbyhorse.

I thought no more of it until a few days later when an email from Iain arrived with a draft Church Door topo. This was just what was needed to get things moving: Iain has been involved in the majority of the new routes on the crag in the last decade. The next challenge was for Simon and I to remember and agree where our 2000 route Dark Mass went. That done, Simon was able to pull all the information together into this neatly laid out topo, and bring several years of idle chatter to a surprisingly fruitful conclusion!”