Posted on December 12, 2014 by Simon Richardson 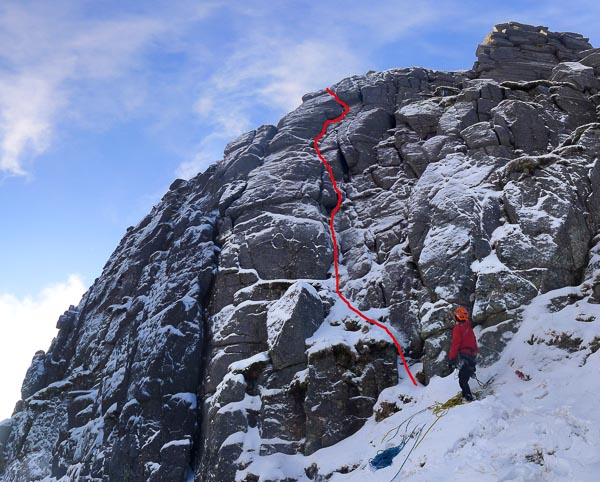 Ally Swinton visited Creagan Cha-no with his Dad, Gav Swinton, on December 5. Walking under the cliff, Ally noticed that the steep intermittent crack-line to the right of Mac’s Crack in the Tower Area wasn’t on his topo, so he decided to give it a go. Ally started up the obvious groove (common with Mathers-Mellergard) before continuing up the corner and roof line with a wild final sequence. It had “good gear and pumpy moves”, Ally told me. “The route really packed a punch. I found an amazing Stein pull in the crux section that gave the route some real character.”

Ally and Gav called their new line Punching Numbers. The Mac’s Crack wall is steeper than it looks from below and I’m sure this new addition fully deserves its VI,7 rating.