Mixed Pickings on The Gift

Posted on December 11, 2014 by Simon Richardson 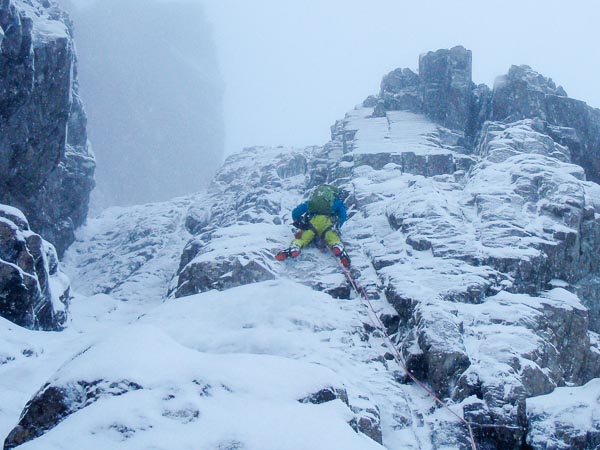 On December 5, Kev Shields and Steve Holmes made an enterprising ascent of the mixed ground just right of North Gully on Ben Nevis. “It was pretty sketchy on slabby terrain for two pitches then easier wandering,” Kev told me. It was great fun, and we reckoned it was top end IV,5.”

It turned out that this is the line followed by the Gift, a III,4 ice climb that sometimes comes into condition late in the season. Kev and Steve have no wish to claim a new route, however their outing clearly provided a very different climbing experience to the ice version of The Gift.

In the past, ascents such as this were considered similar to routes that bank out in a heavy winter, and dismissed as little more than curiosities. Times and attitudes change however, and with leaner winters and the rarity of some routes forming ice, we may see more early season ascents like this in the future. And why not? Good climbing is good climbing, and especially so when the route follows a logical line.