Posted on February 8, 2019 by Simon Richardson 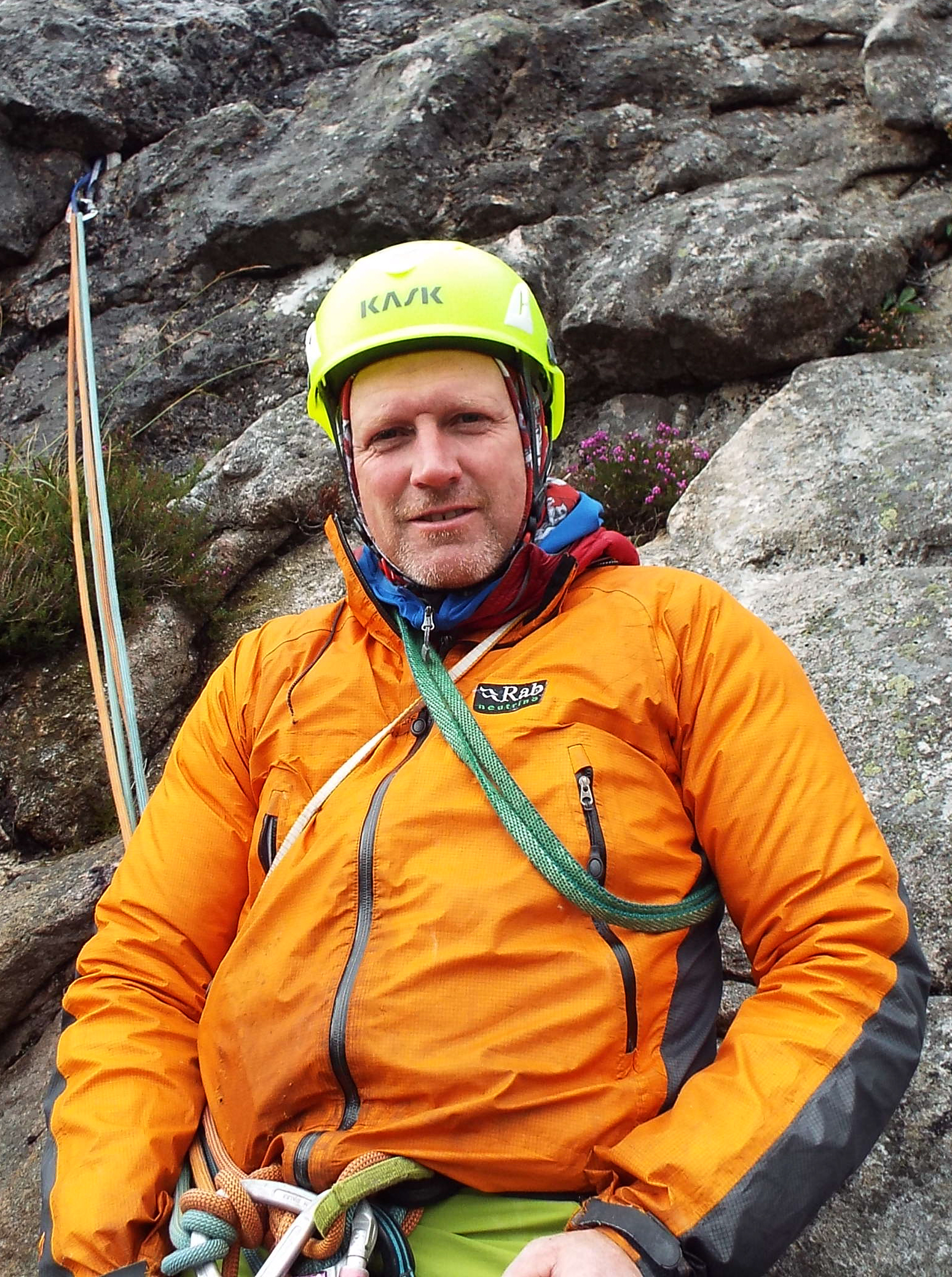 Steve Perry below Binnein Shuas in summer 2015. Strong and powerful, Steve Perry seamlessly transitioned from long distance hill walking to rock climbing and winter mountaineering to became one of the most forceful climbers of his generation. (Photo Sophie Grace Chappell)

The terrible accident on Ben Hope on February 5 robbed Scotland of two of its finest climbers. The exact details will never be known, but it seems likely that Steve Perry and Andy Nisbet fell from the upper section of a new route on the West Face. The news has devastated the Scottish climbing community.

I first ‘met’ Steve Perry on Facebook when I was cycling from Lands End to Shetland. I was doing it in a semi-adventurous style, wild camping along the way and never quite sure where I would end up each night. Steve offered helpful and practical advice, and when I enquired about his own experience, he explained that he had not done it on a bike but on foot. His inspiring 32-week journey included all the 3000ft summits in England, Wales and Scotland and made my own little adventure pale into insignificance. A few years later over the 2005-6 winter, Steve made a continuous winter round of the Munros on foot, an incredibly arduous undertaking and the only time this has ever been achieved.

So it was no surprise that when Steve turned his attention to climbing, his strength, fitness, enthusiasm and determination immediately shone through. Steve first appeared on the scene in winter 2013 when he was living in the North Coast village of Bettyhill and persuaded Andy Nisbet to attempt an unclimbed icefall on Ben Hope with his wife Katie. The result was Hopefall (III) and the beginning of the modern development of winter climbing on Ben Hope.

Later Steve moved south to Inverness, and in 2015 formed a strong partnership with Andy Nisbet. They roamed far and wide, climbing dozens of new routes all over the Cairngorms and Northern Highlands, often at a frantic pace. It is difficult to single out individual routes, but the 470m-long Tower Ridge Integral (V,6) on Ben Hope, and Steve’s forceful lead of Theory of Relativity (VII,9) on Lurcher’s Crag were clear highlights. This season, Steve and Andy added Shapeshifter, the first Grade VIII on Lurchers’s Crag in the company of Helen Rennard. Another notable coup was the first ascent of Easan Feidh (VI,6), a 100m frozen waterfall near Ben Klibreck with Sophie Grace Chappell.

Unfortunately, I never climbed with Steve, but we corresponded often, and I was always struck by his immense enthusiasm for both the physical act of climbing and the landscape Scottish mountains. Steve was a man of considerable integrity and held in great regard by all who knew him as this personal tribute from Sophie Grace reveals:

“The first time I met Steve was because I wistfully commented on Facebook that I’d never climbed Ardverikie Wall. Steve’s response—to a comment from someone he’d never even met—was, as always, completely open and completely direct: he just said “Well, let’s go and climb it then.” Next thing I knew, we did, one fabulous summer day in September 2015. Andy came too, and spent the day on a shunt, examining lines next to the Wall for the Guide he was writing at the time. Up we went, slowly (the slab was seepy that day), while Andy yo-yoed back and forth on his shunt, up and down, in and out of sight, waving to us occasionally and shouting inaudible encouragement and course corrections.

Anyone who’s stayed in Steve’s house, in the grounds of Dalcross Castle near Culloden, will know that pretty well everything in his personal life was directed towards becoming a better climber—and he was already a better climber than I’ll ever be. Apart from the packed bookshelves, his place was basically a (very neat and tidy) gym—more fingerboards and weights and pull-up equipment and wobble-boards than you could shake a stick at. The same applied to his food and drink. He was no pie-chips-and-beer merchant, he was a brilliant chef, and it was all scientifically planned to build the right kind of muscle. It’s not often you hear a strong Todmorden accent offering you another pint—of water—or saying “If you’re still hungry, Sophie, I’ve made us a massive salad with loads of avocado and pine-nuts in it.”

Above all, there was Steve’s unending, boyish, infectious enthusiasm for the hills. Just like his main climbing partner Andy, Steve was utterly dedicated to finding wild and fabulous adventures in Scotland’s most astonishing and magical remote places. He always had a million and one plans and dreams on the go; and I too was in his plans and dreams for future adventures, just as he was in mine. He and Andy were actually planning to climb with me this week: I was next trip up after the Ben Hope climb that they never came back from.

Steve Perry and I won’t now fulfil any more dreams together. I’m surely not the only one who is heartbroken about that today.”

Simon Richardson is a passionate Scottish winter climber
View all posts by Simon Richardson →
This entry was posted in Commentary and tagged Steve Perry. Bookmark the permalink.