Under The Radar Screen 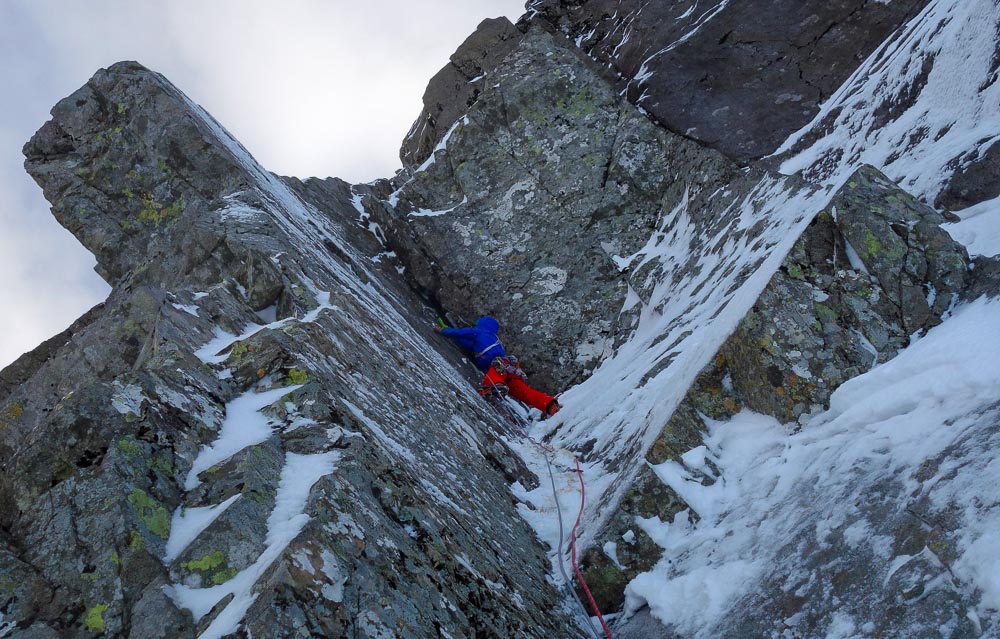 Despite the consistently cold weather, new route activity has been a little slow this season. For sure the regulars have been looking around new corners, Guy Robertson and Greg Boswell have been climbing superbly well, and several new faces have appeared on the new route scene such as Tim Miller and Martin McKenna. But in general, conditions have been a little challenging at times, with heavy snowfalls and high winds. Snow has yet to consolidate and ice is now only starting to form in quantity on the high mountain cliffs.

Nevertheless, some excellent ascents of the steeper and more difficult classics have been quietly been taking place and have largely passed under the radar screen. These include Unicorn (VIII,8) in Stob Coire nan Lochan by Dave Almond and Helen Rennard, and Murdoch Jamieson and Nick Bullock, and The Secret (VIII,8) on Ben Nevis by Tim Miller and Richard Kendrick. And although not quite a classic, another ascent of note was The Screaming (VIII,8) on Beinn an Dothaidh by Neil Adams and Brian Pollock.

Andy Inglis and Alasdair Fulton also made an enterprising ascent of Centurion (VIII,8) on Ben Nevis on January 6. We thought it was a fantastic route,” Andy told me. “Really good varied climbing, sustained and at times thin, but never desperate… an absolute classic. That’s not to say some ice or neve on Route II wouldn’t have gone amiss! It was especially memorable being aware of the history of the line, including Alan Mullin’s astonishing [solo] efforts, as well as Guy [Robertson] and Pete [Benson]’s harrowing experience [fighting through a storm]. It was also the best sandbagging we’d had from a mate in a long time, which provided much amusement… once we were back at the hut! We’ll be more wary in future when Neil Adams tells us a route is probably overgraded!”