The Past is Close Behind

Posted on February 19, 2010 by Simon Richardson 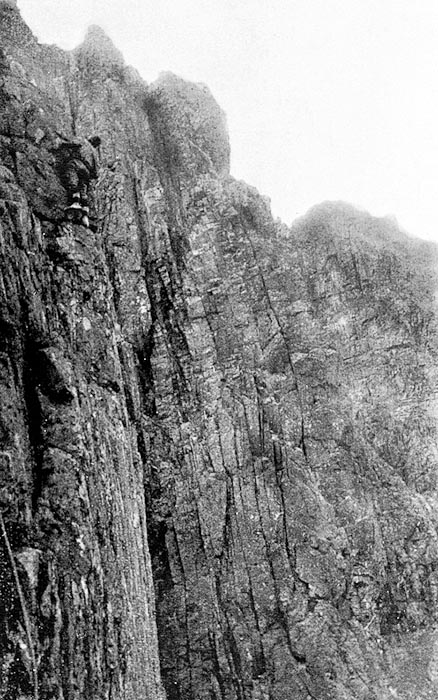 The legendary Brian Kellett at the crux of Route B on the North Wall of Carn Dearg on Ben Nevis during the first ascent in August 1943. Iain Small and Blair Fyffe climbed this difficult pitch on their new Grade VIII 'The Past is Close Behind'. (Photo J.H.B.Bell)

Yesterday (February 18) Iain Small continued his magnificent run of new routes on Ben Nevis with the first ascent of The Past is Close Behind (VIII,8). This takes the very steep wall between Kellett’s North Wall Route and The Shroud. Partnered by Blair Fyffe, the six-pitch route proved to be a demanding mixed climbing adventure up walls and cracks with the last two pitches climbed in the dark. The route was named after hearing Jimmy Marshall talk about his famous Ben Nevis routes climbed 50 years ago at the Fort William Film Festival a few days before.