Posted on February 4, 2010 by Simon Richardson 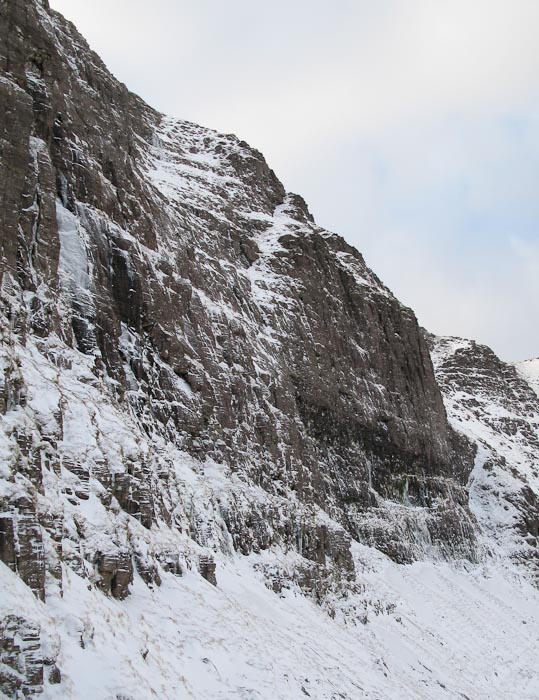 Conditions have been particularly good lately in the magnificent Coigach mountains just north of Ullapool. Roger Webb and I visited the remote Coire Gorm on Cul Mor on Sunday January 31 and added Cul Moon (VII,7). The route takes the weakness left of Cul Cats and was remarkably sustained, with success in the balance until we’d pulled through the final overhang on the third pitch. The sandstone was not particularly friendly, and protection was difficult to find, although Roger grimly noted that it was better than when he made the first ascent of Cul Cats with John Lyall in 2000.

A couple of days later Iain Small and Ross Hewitt made an ascent of The Nose Direct on the Fhidhleir, and Wednesday February 3 they visited Coire Gorm. Their new line, By Appointment (VII,6), takes the steep wall and hanging groove to the right of Invitation Only on the left flank of the impressive wall on the right side of the coire.