Posted on February 2, 2010 by Simon Richardson 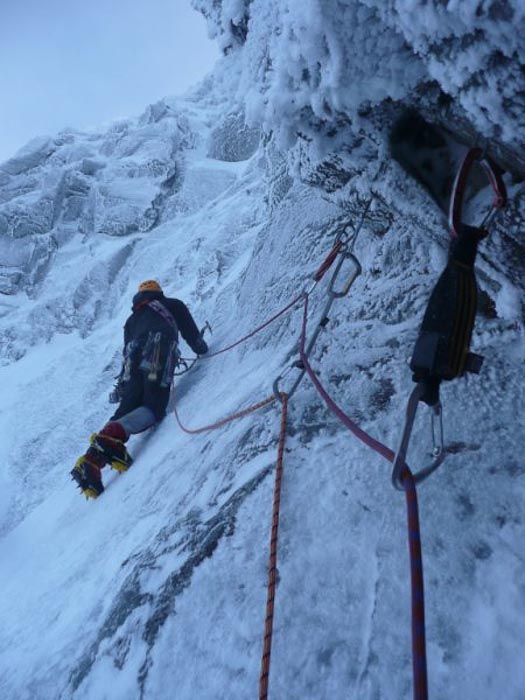 On his way up Observatory Gully to climb Faith Healer (see yesterday’s post), Iain Small noticed that Point Blank (VII,7), the exposed rib right of Point Five Gully, was in nearly in condition. This Mal Duff masterpiece was first climbed in 1988, but despite a number of determined attempts, it had not been repeated.

Two days after Faith Healer on January 30, Iain climbed the line with Owen Samuels, confirming both the grade and quality of the line. Now the psychological barrier of the route has been broken, this great thin face route should see more ascents.