Posted on December 26, 2010 by Simon Richardson 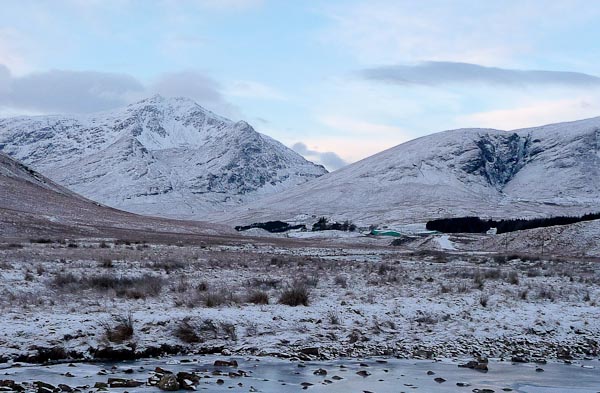 On December 19, Andy Nisbet and Sonya McCallum visited the North Face of Stob Garbh on Beinn Laoigh (or Ben Lui as its often spelled), and climbed the crest of the buttress to the right of Garbh Couloir (a Grade II first climbed solo by Jamie Hageman in March 2008.) “Tarsus (III) had a mixture of some good tricky sections and much easier ground, but it was better than it looks from below,” Andy told me.

Andy and Sonya also visited Ben Lomond on December 18  where they added two more routes to their additions from last year. Flake Dance (IV,5) takes a line up the left side of A Buttress, joining Pole Dance at the very top, and on C Buttress they found Collie Ramp (II), the prominent left-slanting ramp starting about 25m left of Lomond Corner.

Across in Arrochar, Stuart MacFarlane and Ian Dempster made an early repeat of Default Mode V,6 on Beinn Ime. Tom Prentice, Charlie French and I made the first ascent of this route way back in January 1995. It takes the left-hand of the two prominent vertical fault lines to the right of Ben’s Fault (Headfault (VII,7) takes the RH one), but all I can remember about it is that we climbed it in a blizzard and couldn’t see a thing. “It is enjoyable turf climbing, similar to Headfault, but with more spaced protection,” Stuart reminded me. “That traverse right, beneath the roof, is certainly quite some way above last runner!”

After rushing to announce the second ascent of The Sting on Beinn an Socach earlier this month, I’m reluctant to declare a second ascent this time around, but I would be surprised if Default Mode has had many ascents. “Beinn Ime is not a frequently visited crag,” Stuart explained. “I know of people doing Ben’s Fault, Andy Clarke repeated Headfault, and Andy Sharpe and I made a possible third ascent two seasons ago. I would speculate, Default Mode is a second ascent, but then again, we both thought that a few weekends ago too!”

Also in Arrochar, Pamela Millar and Martin Holland visited Beinn an Lochain on December 17  and climbed a variation start to Monolith Grooves. “I’d been told the bottom pitch wasn’t great so did a left-hand start up a corner-groove just left of the normal start,” Martin explained. “This lead direct to the belay (it’s effectively a direct start to Purple Blaze). I  guess it will have been climbed before, but gave 20m of fairly sustained IV,4 climbing and was a good way to start Monolith Grooves.”