Posted on December 10, 2020 by Simon Richardson 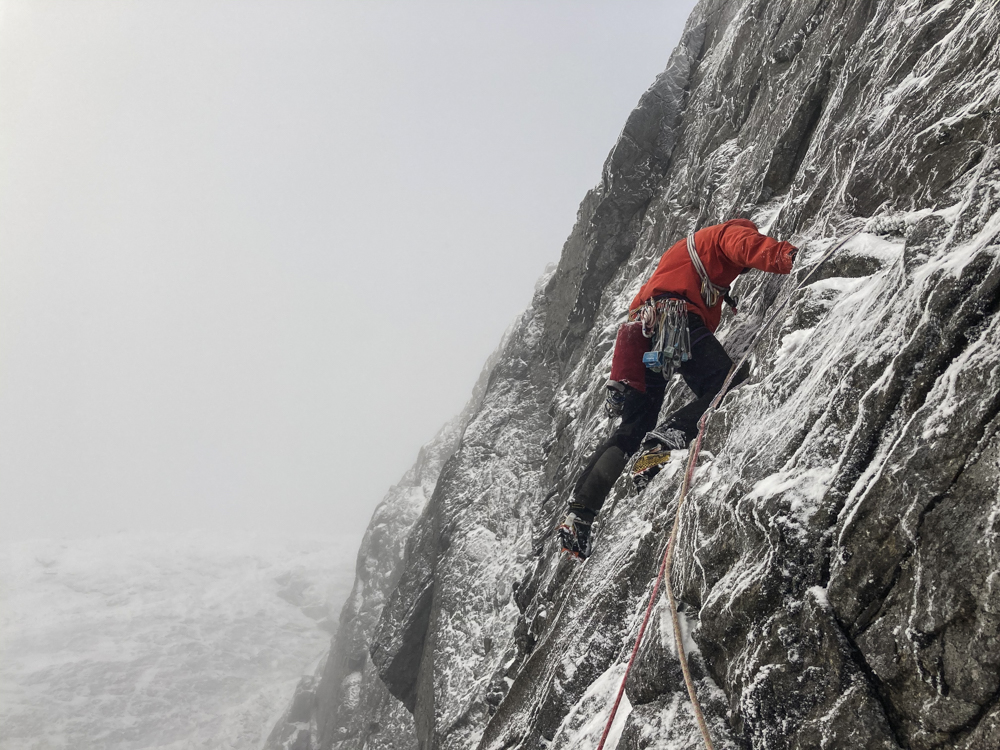 Jamie Skelton and Matt Glenn continued the winter interest in Garbh Bheinn by making the first ascent of Fathomless (VII,7) On December 3. The route starts up the summer HVS Excalibur before moving right.

“The steep initial pitch was well suited to winter,” Jamie told me. “It was straightforward to protect and had a variety of positive little hooks which helped bring us up to the belay ledge. The next pitch of the summer line traverses a slab to the left above a big roof. We both had a try at this, inching further along, each time on sketchy edges.

Eventually the absence of gear kicked our small brains into gear, and we had a look at other options. In the end we chose to go rightwards off the belay ledge and climb a more obvious and straightforward winter line to the top of the crag just next to the summer route Guenevere.”

Fathomless is only the second winter route to be climbed on the Upper Tier of the South Wall and follows Neil Adams and Alasdair Fulton’s made winter ascent of Sgian Dubh (V,6) in January 2009.