Posted on December 7, 2020 by Simon Richardson 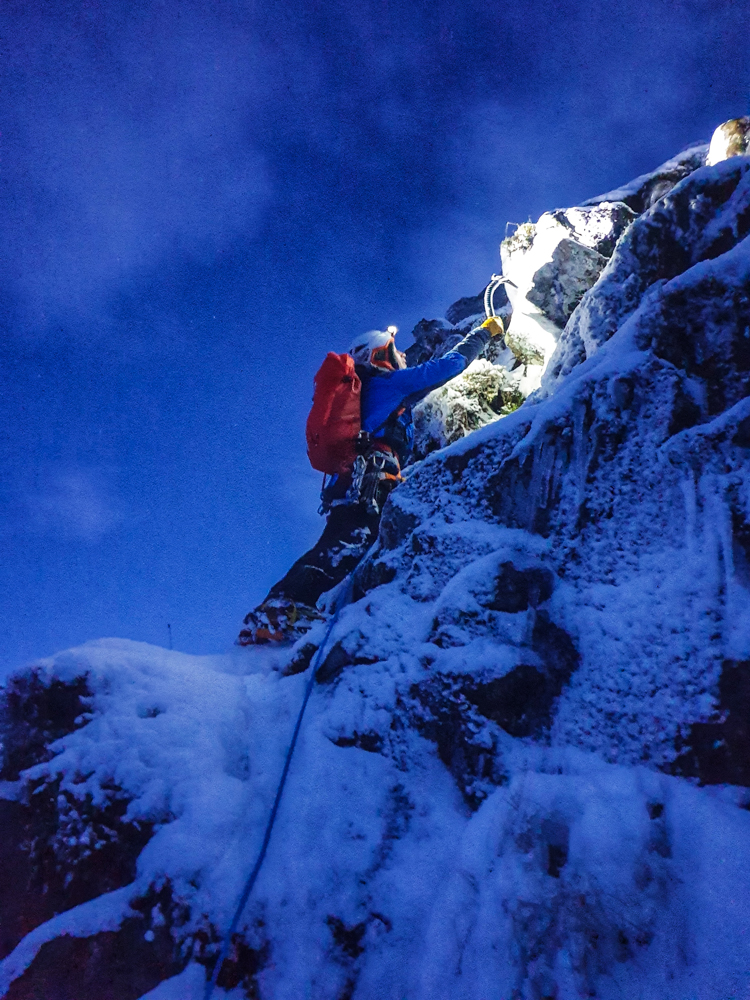 Dave Slade on the first ascent of After Church Arete (II) on Little Glas Maol above Caenlochan Glen. Due to limited time the climb was made at night – keen men! (Photo James Lamont)

James Lamont and Dave Slade made an enterprising first ascent last night (December 6) when they climbed the buttress bordering the east side the north face of Little Glas Maol. After Church Arete (II) lies east of the cliff containing The Ramp and Slanting Ramp.

I was intrigued by the night climbing photo James sent me. “Due to work/family commitments Dave and I can often only eek out some climbing time in the evenings,” he explained.  “We’ve done quite a few ‘night-time ascents’. We set off from Glen Shee yesterday at 14:20, back at the car for 19:45. Not a breath of wind and an epic sunset on the walk in. Just need to take lots of batteries!

That’s the reason for the route name by the way – Dave attends church on a Sunday so we couldn’t head off until he’d finished at church!”