Posted on February 1, 2018 by Simon Richardson 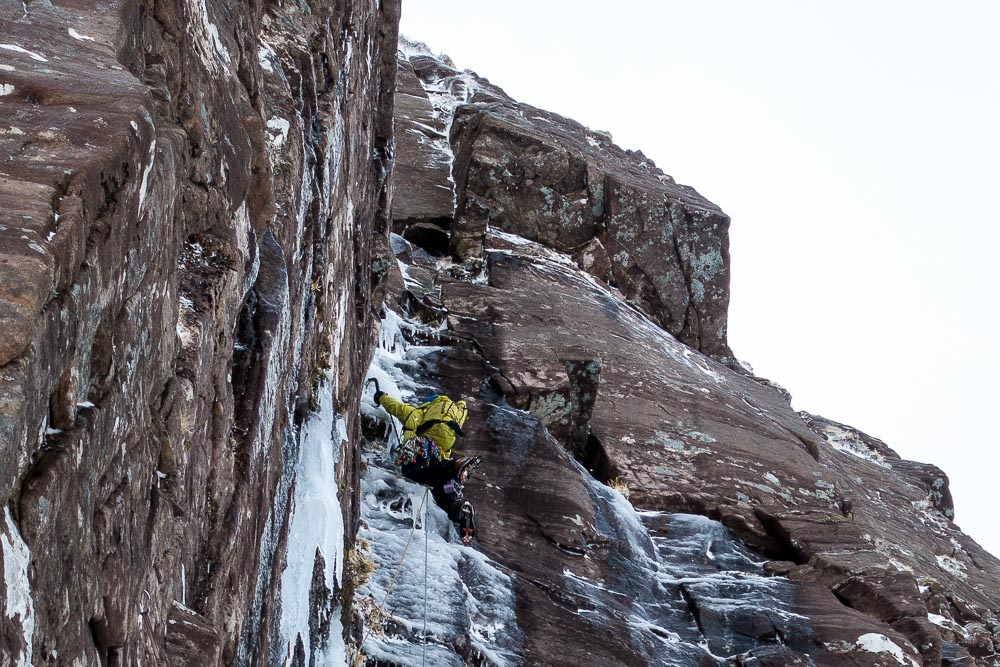 David Keogh leading the bold first pitch of Cul Head (VII,6) on Cul Mor. This route lies in the vicinity of Cul Moon, but its exact relationship to other routes on the face is currently unknown. (Photo Robin Clothier)

David Keogh, Tim Oliver and Robin Clothier had an excellent three days in the Far North-West earlier in January. They visited Coire Gorm on Cul Mor on January 18 with the intention of climbing the modern classic The Cul. Visibility was poor so they climbed a route up the section of cliff immediately west of The Cul. They started up a steep right-facing corner, which provided a bold lead for David, before continuing through a technical 7 roof (Tim) and easier rock steps above (Robin). Unfortunately it has not been possible to describe the line in relation to other routes on the face, in particular Cul Moon, but no doubt all will become clear in due course.

The following day they visited Cul Beag and made the likely second ascent of Cul of The Wild (V,6). And then finally on January 19 they climbed the area’s uber classic – The Nose Direct on Sgurr and Fhidhleir. This was a real tour de force as the approach through deep snow took over four hours and their round trip car to car took well over twenty.

Overall, it was an impressive three days – very rarely are three challenging routes climbed on consecutive days on the Coigach mountains.