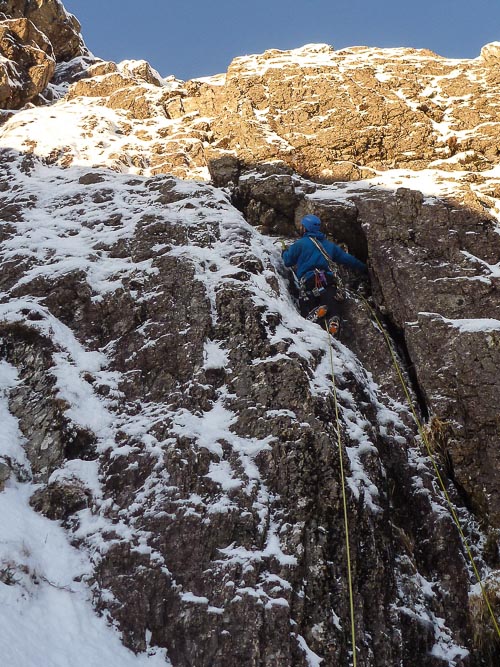 “With the cold weather and snow down to lower levels, it seemed a good time to try a line I’d seen a few years ago,” Michael explained. “When I checked the guide it turned out to be Marmalade, a summer Severe crack and groove-line [first climbed by Bugs McKeith and Jim Brumfitt in March 1964] which cuts fairly directly through Alpen. I found the lower section could thankfully be climbed with the use of both the crack and various bits of frozen turf, though not always with a great deal for the feet. Above, due to the south-east aspect, I enjoyed the rare pleasure of belaying in the sun on a winter route!

The upper groove pitch would be really nice with neve, but under the current snow conditions was still fairly tricky (tech 5-ish), though with a decent bit of gear for each step.

The route turned out to be two pitches long and we graded it VI,6.”