New Routes on Am Bodach 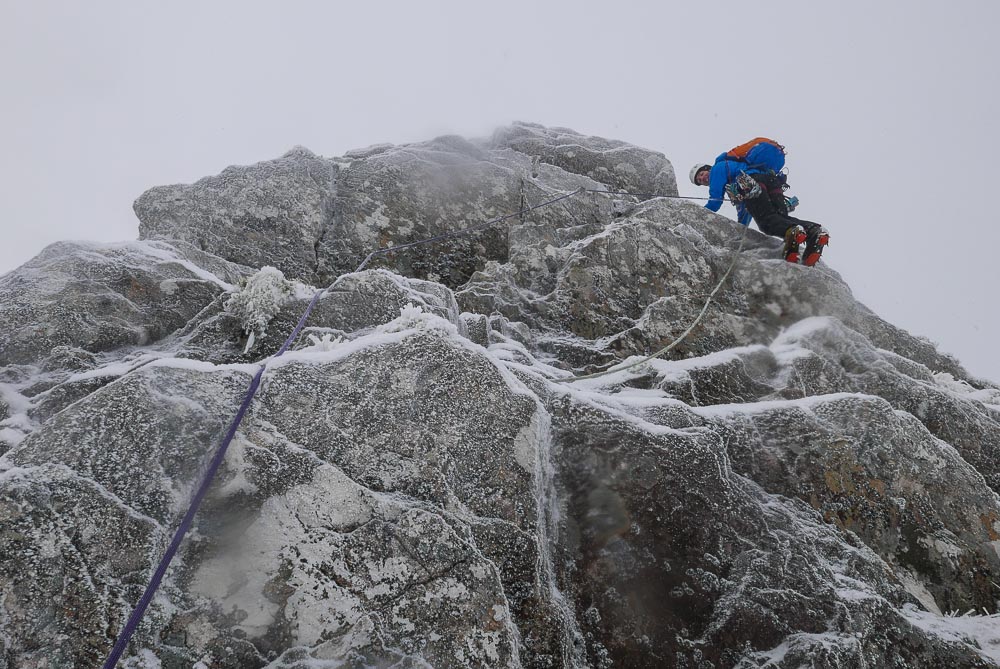 Andy Hogarth on the first ascent of Bodach Buttress (III,4) on Am Bodach in Glen Coe. This excellent discovery was combined with a second new route, Òganach Chimney (III,4), that was climbed later that day. (Photo Andy Nelson)

“At NN169580 there are two buttresses,” Andy explains. “They can be accessed easily by approaching up Coire an Ruigh, then turning left (south-west) at the Bealach at 816m, and walking for five minutes to their base. The entire approach takes about 1 hour and 15 minutes.

The obvious 100m-long ridge is called Bodach Buttress (III, 4), which we climbed in four pitches with good stances. It’s possible to include trickier steps, but overall, it’s a great wee route for a blustery day as the approach and descent are straightforward.

Alternatively it can be combined with our second route that takes the obvious deep cleft on the buttress nearer the Bealach. Òganach Chimney (III,4) climbs the deep 60m-high chimney, with a tricky move under an enormous chockstone, that leads into a bomb bay. We belayed here before stepping right to gain an easy groove that exits onto the other side of the buttress. From here it’s possible to walk off or continue up scrambling terrain to the top.

Both climbs are great fun and quite different from the trade routes at this grade elsewhere in the Glen.”

2 Responses to New Routes on Am Bodach