Posted on November 28, 2015 by Simon Richardson 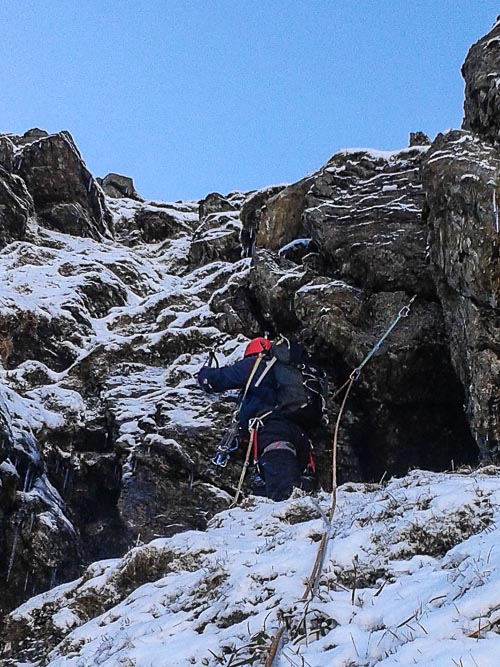 Gerhard Mors on the first ascent of Forked Gully Buttress (II/III) on Beinn Ime. The route lies in the shade of Fan Gully Buttress, which means it holds conditions longer than other routes on the face. (Photo Stephan Mors)

On November 22, Stephan and Gerhard Mors added a rare early season route to the Arrochar Alps. “After abandoning Plan A on The Cobbler (too bare) and Plan B on Fan Gully Buttress on Beinn Ime (too sunny/unfrozen), we climbed a two pitch (c.60m) grade II/III up the buttress between the forks of Forked Gully,” Stephan explained. “We traversed into Forked Gully from the right above the initial ice pitch and climbed the buttress by a right-slanting snowy ramp and continued up an open groove. The route was out of the sun, when the other routes further left on Fan Gully Buttress were basking, so it saved the day for us!”