The Great Corner on Ben Nevis 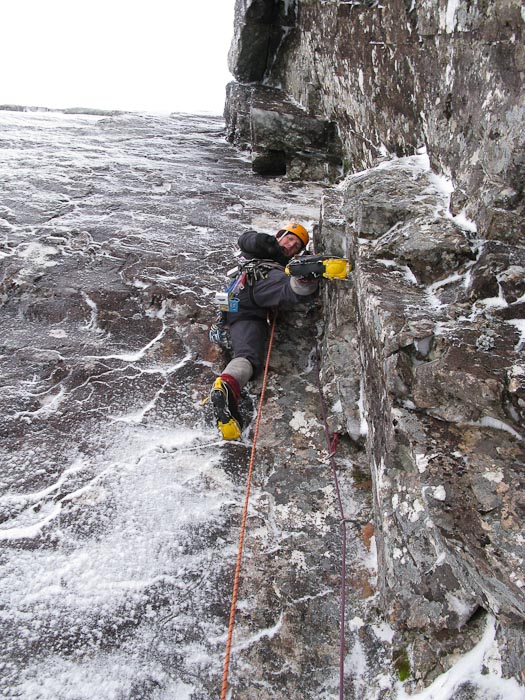 On Sunday January 24th, Iain Small and I teamed up to make an attempt on the huge vertical square-cut corner on the right flank of Raeburn’s Buttress. Climbers have stared at this fantastic feature for decades and at over 90m high it is equivalent to a double-sized Cenotaph Corner. We approached via Compression Crack and after a steep lower pitch, Iain took over the lead and pulled out the stops with a breathtaking lead of the intimidating upper corner, which led around a double series of overlaps to the easier technical 7 continuation groove. Three easier pitches then led to the summit of Carn Dearg. Iain commented afterwards that this was probably the most intimidating lead he had ever made and The Great Corner weighed in at a worthy VIII,8.