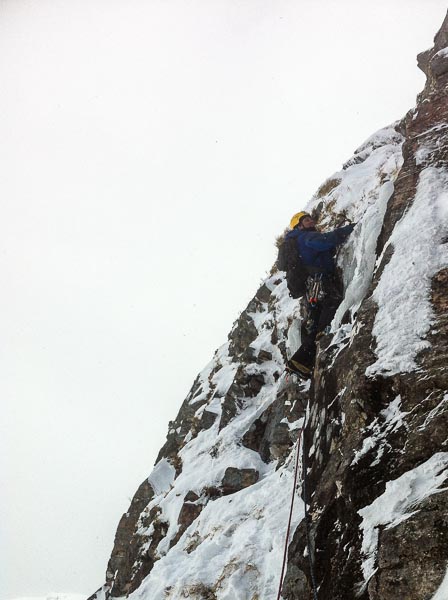 “I went into Beinn Dearg off the Ullapool road on Sunday with Neil and Simon,” James told me. “I was amazed to see another two parties on the crag! It was quite a novelty to have people to chat to on the walk in (and useful to walk just behind them into the easterly gale racing down the approach path). Conditions are currently very good there, and all the classic gully lines looked good and several have seen ascents in the last few weeks. We climbed a new line, Reuben’s Groove (IV,5) on the buttress between Edgeway and Wee Freeze Gully. Seven long pitches of great turfy mixed climbing with great positions. It looks like winter is far from over!”