Posted on February 6, 2012 by Simon Richardson 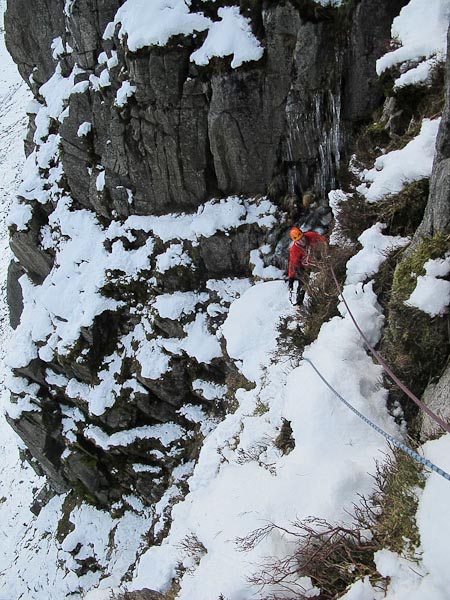 John Biggar seconding the airy traverse on pitch three of Cooran Gully in Galloway during the first winter ascent. The gully was first climbed in summer in 1977 by Andrew Fraser and party at VDiff and probably hasn't been repeated since. (Photo Stephen Reid)

Conditions were good in the Galloway Hills last week, and on February 2, Stephen Reid and John Biggar made the first winter ascent of Cooran Gully on the Dungeon of Buchan.

“It’s four pitches, III/IV and nicely sustained at that grade’” Stephen told me. “Not very hard but quite interesting as it needs a rare combination of well frozen turf and a big dump of snow. I’ve been waiting for about ten years for it to be in!”