CIC Hut Back in Business 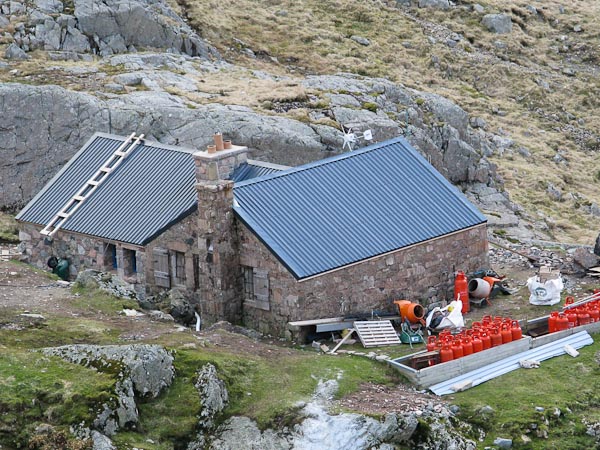 The CIC Hut on Ben Nevis in April 2009 during the hut upgrade work and a few months after the new roof was installed. The roof of the sleeping quarters (the nearest part of the hut to the camera) was the one that was damaged in the Great December Storm. (Photo Simon Richardson)

“Thanks to the work carried out by Neil McGougan, John Orr and team, the roof on the CIC hut has been repaired and will be fully open from 16 January 2012.”

Simon Richardson is a passionate Scottish winter climber
View all posts by Simon Richardson →
This entry was posted in Commentary and tagged Ben Nevis, CIC Hut. Bookmark the permalink.