Posted on February 22, 2020 by Simon Richardson 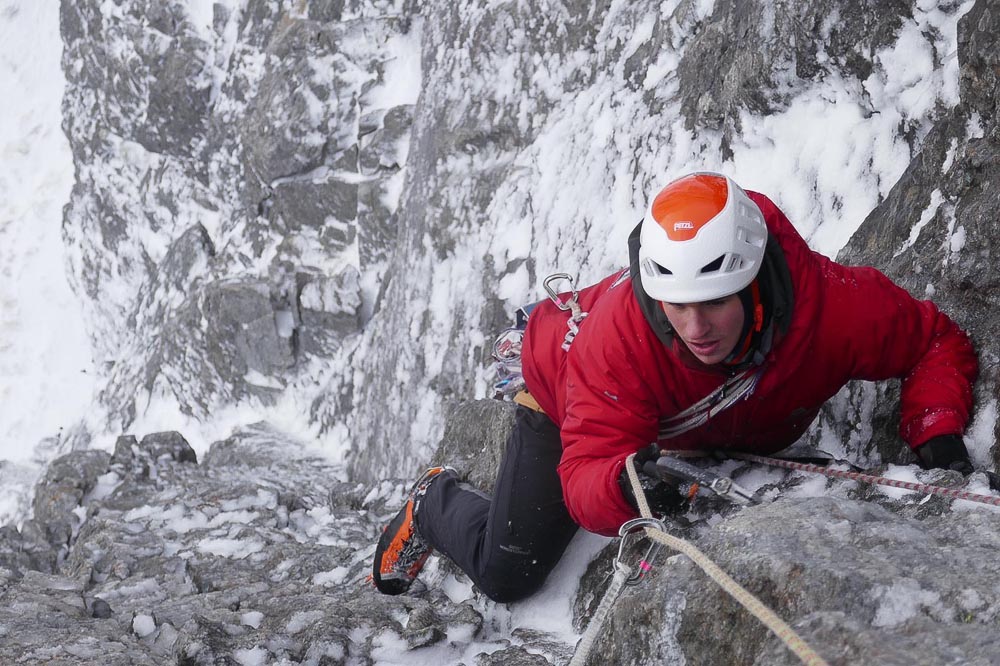 Jamie Skelton on the first winter ascent of Butterknife (VI,6) on the South Wall of Garbh Bheinn. Butterknife is only the second time this impressive wall has been climbed in winter. It saw its first winter route in January 2009 when Neil Adams and Alasdair Futon climbed Sgian Dubh (V,6). (Photo Tim Miller)

After their inspirational first ascent of Sapiens on Lost Valley Buttress on Tuesday, Tim Miller and Jamie Skelton are on a roll. On Thursday (February 20) they took the ferry across to Ardgour and made the first winter ascent of Butterknife (VI,6) on the South Wall of Garbh Bheinn. This classic VS was first climbed by Jimmy Marshall and party in September 1956.

“Jamie and I decided to take a look at Garbh Bheinn, somewhere rarely visited in winter,” Tim told me. “We knew Butterknife followed a corner-crack which could lend itself to a winter ascent. The lower two pitches didn’t disappoint with steep pulls on positive hooks. And the upper pitches had less of a defined line and climbed turfy steps to the summit. We thought it was around a high VI,6 and gave it 2 stars. The crag can be tricky to find in winter condition due to its low elevation and south facing aspect.”