Posted on November 24, 2010 by Simon Richardson 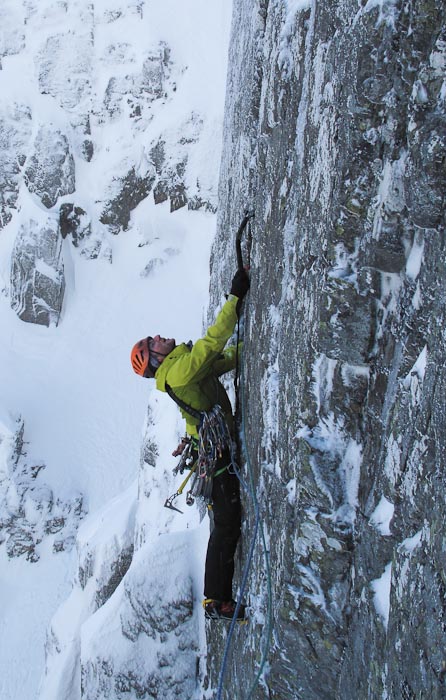 Yesterday (November 23), Pete Macpherson and Martin Moran made an ascent of The Secret on Ben Nevis. This modern test-piece, high on Creag Coire na Ciste overlooking Number Three Gully, was first climbed in December 2007 by Andy Turner, Steve Ashworth and Viv Scott. Since then it has been the focus for a number of teams and Pete and Martin’s ascent is thought to be the fifth ascent.

Full of confidence from their first ascent of Omerta (VIII,9) in Coire an t-Sneachda last week, the pair made a swift ascent.  Martin led the awkward first pitch and Pete took the lead for the spectacular crux pitch. The grade is settling down at VIII,9 but most importantly, as Pete explained “The Secret is a fantastic line and great climbing.”

3 Responses to The Secret Repeated Again