Posted on November 9, 2019 by Simon Richardson 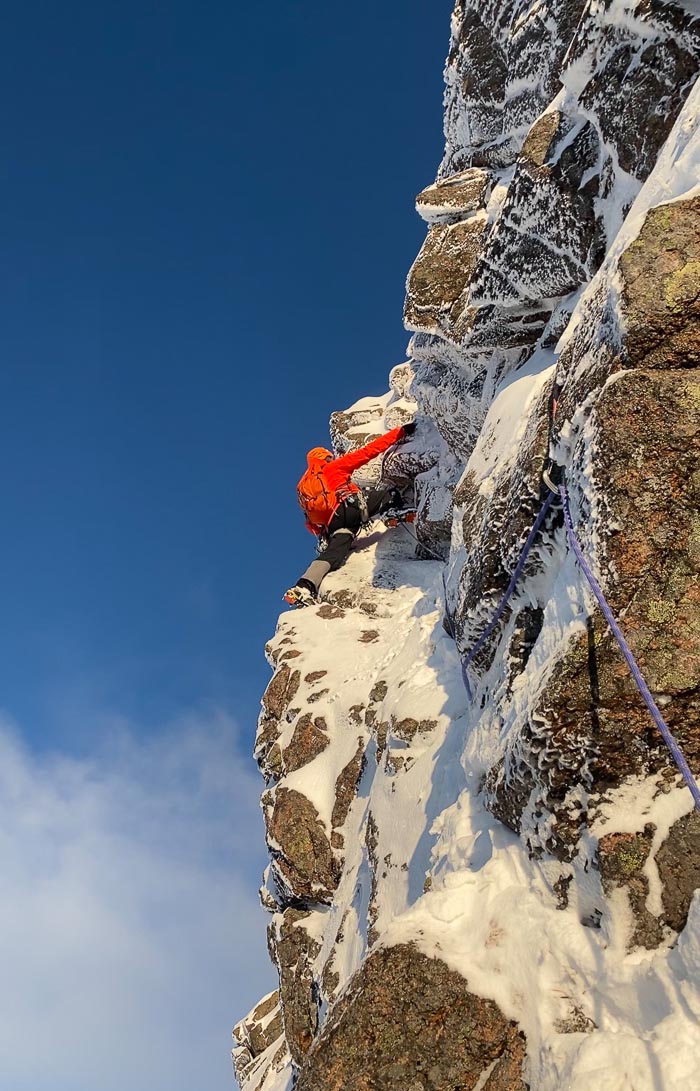 Winter in the Scottish Highlands started in late October when a cold north-westerly deposited a layer of snow on the West. Conditions were typically early season, with the turf not fully frozen, and the best climbing conditions were found in the colder and less snowy Cairngorms with routes climbed in the Northern Corries, Creagan Cha-no and Braeriach.

An unhelpful thaw over the first weekend in November curtailed activity, but there was more snow last week, this time mainly in the East. Teams climbing mid-week in the West reported well frozen turf but little snow, whilst those climbing in the Northern Corries found fresh powder overlying terrain that was not always completely frozen.

Mark Robson and I decided to head into Coire nan Clach on Braeriach on November 8. I’d been in there the previous week and was confident the corrie was high enough to provide good climbing conditions. An unexpected early morning blizzard deposited a couple of inches of low lying snow that nearly put us off committing to the long approach, but fortunately we persevered. Knowing that the weather was forecast to improve through the day we purposely made a late start, and found helpful conditions of frozen turf and powder covered rock whilst making the first ascent of Mixed Blessings (III,5) on the buttress to the left of Schoolmaster’s Gully. As Mark led the steep crux pitch, the cloud base slowly lowered beneath us and we were treated to a spectacular inversion with the cliff bathed in the late afternoon light. Scotland at its best!

We finished by climbing Luxembourg Rib (II) by torchlight, an excellent outing under powder, and then descended by the light of the waxing moon.