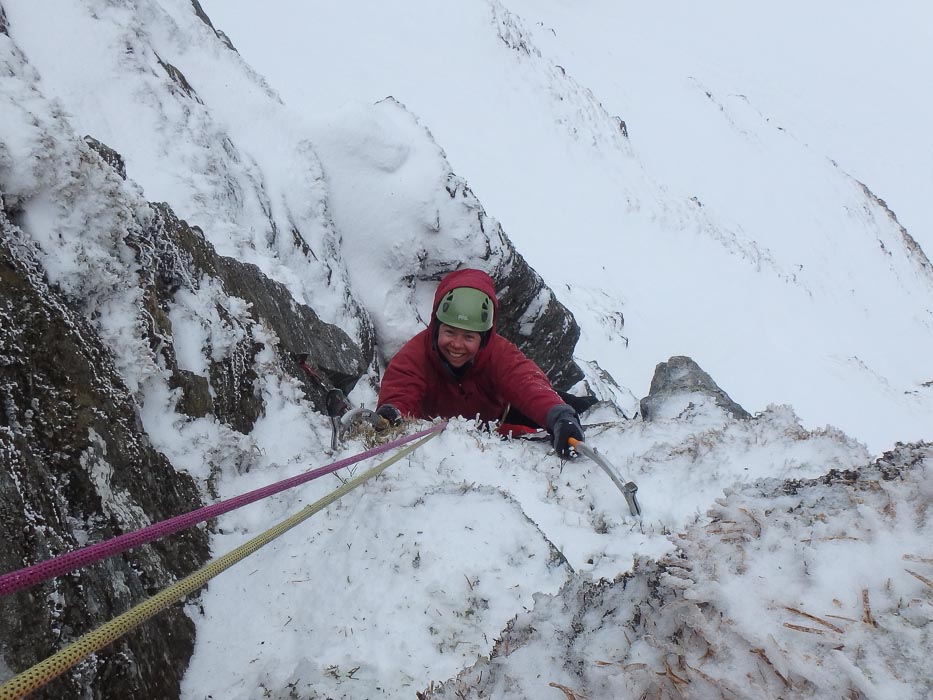 “We climbed a couple of what I think are new lines,” Martin told me. “The first (Prospectors) was a very nice Grade IV,4 turf/rock line on the left-hand side of the corrie, which we felt was worthy of a star or two. The second (Gold Star Start) was a short ice line on the lower tier of the right-hand side of the corrie, and would make a good III,4 direct start to the existing route Silver Star (see SMC Journal 2009) in the correct conditions.

It’s worth noting that this corrie is one of those where everything is considerably steeper than it looks from below. We underestimated the standard of the lines we climbed by at least one grade before we got on them, and even the approach slopes are deceptively steep!”