Posted on February 16, 2018 by Simon Richardson 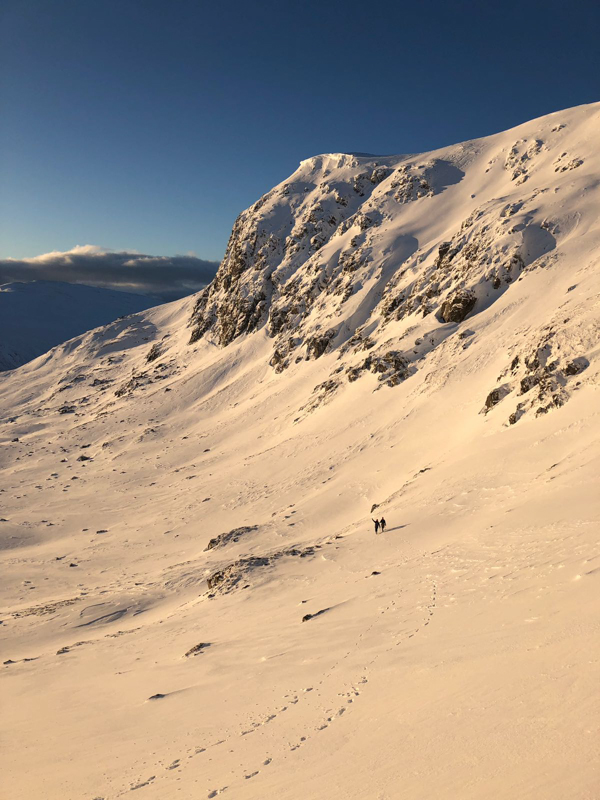 Pete Davies, Steve Elliott and Ross Cowie made the probable second ascent of Moonstone (VII,7) on Coire nan Camh on February 4. This remote cliff is located 10km south of Loch Laggan on the east face of Meall Garbh, the southerly top of Chno Dearg. Moonstone was first climbed by Chris Cartwright and myself in December 1999 and I’ve not heard of any other repeats.

“It was probably the nicest day of weather I’ve climbed in for a few years,” Pete told me. “Sun, blue skies and not a breath of wind. The snow and ice on the cliff was falling apart in the sunshine for the first couple of hours but rapidly refroze once it went into the shade. I thought the route had a nice mix of climbing styles. Well-protected snowed up rock on the groove pitch up the side of the Diamond then more run out, icy mixed on the pitches through the headwall. Recommended to anyone keen to escape the crowds and hopefully have the corrie to themselves as we did.”