Posted on February 4, 2018 by Simon Richardson 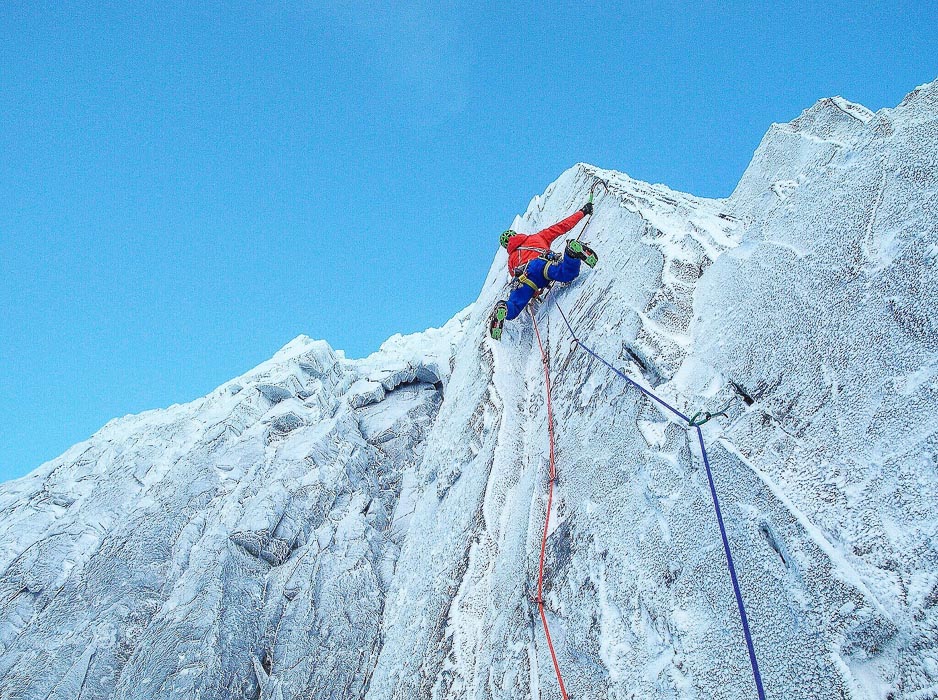 On February 2, Matt Helliker and Pete Whittaker pulled off the second ascent of the sensational Church Door Angels (VIII,9) that is situated high on Bidean nam Bian in Glen Coe.

“I was inspired by the line of after seeing the photo on scottishwinter.com of Donald King making the first ascent,” Matt told me. “So last Friday, Pete Whitaker (on his third ever winter route) and I decided to give it a go. Conditions were perfect, without a breath of wind. The cliff was nicely rimed, and we had Church Door Buttress to ourselves.

On the first ascent Donald climbed one long mega pitch through the difficulties, but I decide to split our climb into two pitches by belaying on a big ledge above the first wall, that’s taken direct up the front face of the tower. This seemed logical, and also allowed me to retrieve a bunch of small wires that I’d placed lower down – looking up they would become useful.

The second crux pitch had no ice in the cracks compared to the first ascent. Speaking with Donald later, we agreed that this made for better protected and technically more difficult climbing, but overall the route deserved the same grade. A five-metre section at the top of the right-hand facing corner proved to be the crux… flared crack, zero feet and no chockstones meant for three or four deep lock offs with feet smearing in the corner and leaning out on the axes, before pulling out left onto a ledge. We then followed Donald’s route description to then top of the arch. A great line…”