Posted on December 17, 2017 by Simon Richardson 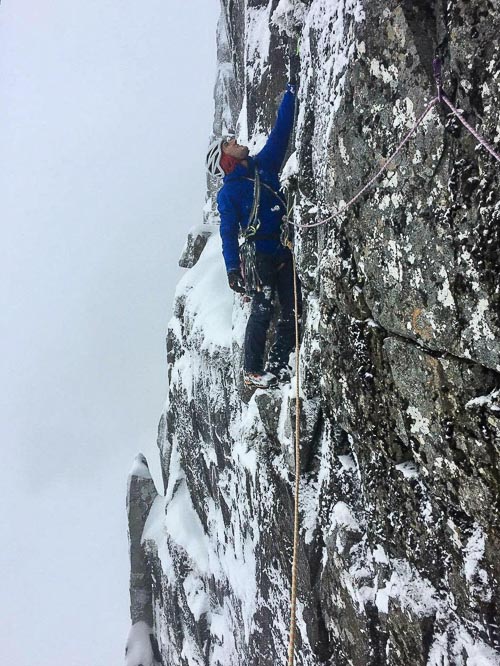 Steve Holmes enjoying the exposure on Tried and Tested (VII,7) on Stob Coire nan Lochan in Glen Coe. This steep and sustained route is thought to be at the upper end of its grade. (Photo Duncan Curry)

Duncan Curry and Steve Holmes repeated Tried and Tested (VII,7) on Stob Coire nan Lochan in Glen Coe on December 12. Their ascent is most probably the second ascent of this steep line that takes the chimney-corner formed by the spur of Central Buttress and the wall of Satyr.

Tried and Tested was first climbed by Andy Nelson, Kenny Grant and Keith Ball in December 2014 and was described it as being ‘at the sporty end of its grade.’

“It’s an excellent route, each pitch physical yet really well protected,” Steve told me. “It deserves more attention and is certainly worth two stars!”