Posted on December 6, 2017 by Simon Richardson 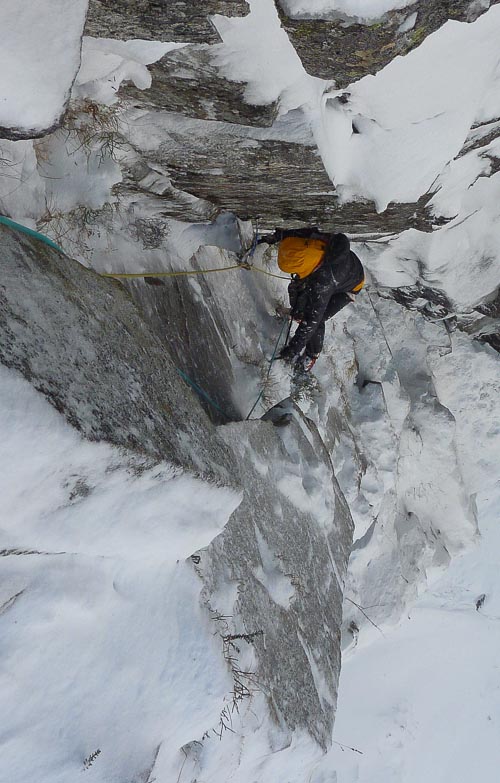 On November 30, Adrian Crofton and Pete Benson made an enterprising visit to Craig Maud at the head of Glen Doll in South-Eastern Cairngorms. Their exploration was rewarded with the first ascent of Maud’s Groove (IV,5), a steep groove-line high up on the south flank of Pinnacle Buttress.

“Pete and I were keen to find somewhere high enough to be frozen, but not so high that it would be buried,” Adrian Crofton told me. “We also wanted somewhere sheltered from the bitter northerly wind, and not too far from Aberdeen! As it happened we had been out for a walk the week before with Ken Davies and had scrambled up the gully at Craig Maud where we spotted some nice looking winter-only lines. The most obvious was a left-slanting chimney-groove.

The venue and line fitted the bill perfectly for last Thursday’s forecast and we had a fun day on this wee route of two pitches followed by a scramble to the summit of the crag, 120m in total. We were keen on an easy romp, but this gave a more testing climbing than expected. Be warned it is steeper than it looks from below!”