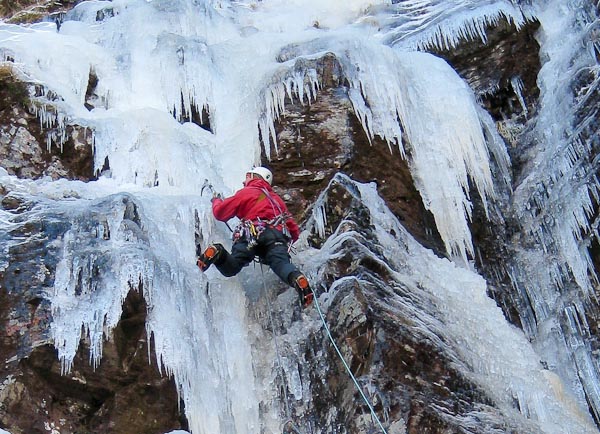 “The first one, Merlin (IV,4), I had been on before in 2001 with two clients,” John told me. ” But we abseiled off to go to the aid of a team of three who were avalanched close by and needed our assistance. The second line, Hidden Gem (IV,4), does what it says on the tin – it follows a hidden chimney behind a steep wall about 150m to the left of Neapolitan.”

Creag Dhubh can be approached from the A9 near Drumochter in about an hour or so, and is one of the best mid-level ice venues in Scotland.

“The big lines of Swordfish, Neapolitan and The Hex Factor were all in good, thick condition,” John concluded, “but some of the other lines were thinner than normal.”