Posted on February 24, 2020 by Simon Richardson 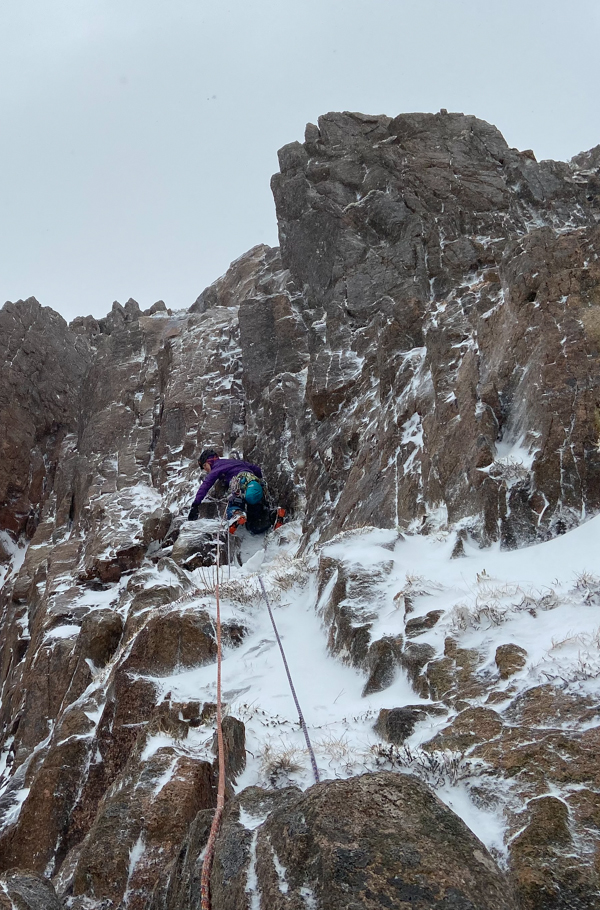 Suzana El Massri on the first ascent of New Kids on the Block (V,6) in Coire Dearg on Mullach nan Coirean – “A lovely wee crag that feels like a mix between Cha No, Mess of Pottage and Coire Chat.” (Photo Nathan Adam)

“I’d been meaning to get back up there since Garry Campbell and myself did the first ascent of Disco Corner a few years ago but it requires a cold freezing level and some freeze-thaw to glue the blocks in,” Nathan told me. “So with a poor avalanche forecast and lots of fresh wind blown snow we decided to take a punt and thankfully it paid off with useful snow and solid turf.

The two highlights of the day were the first pitch on New Kids up a difficult iced corner and the second pitch on Turf Factory which involved some big moves between good chockstones with very little for the feet. The first pitch on Turf Factory was quite scary with poor gear and very shallow turf placements and thin hooks, insecure and balancy granite ledge shuffling at its finest!”