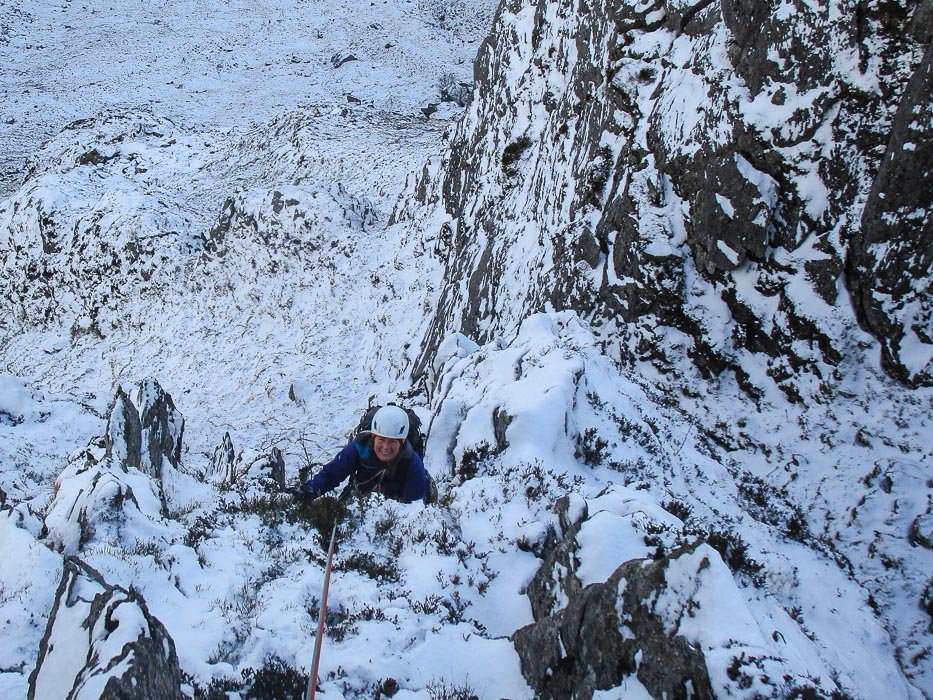 Pamela Miller on the first ascent of Hare Restorer (IIII,4) in Glen Clova’s Corrie Fee. The route follows the rib between The Comb and the unnamed Grade I gully to its right. (Photo Martin Holland)

“Pamela Millar and I were out in Coire Fee yesterday (January 24)” Martin Holland writes. “We ended up high in the corrie and climbed a line starting below and right of The Comb and finishing to it’s right. There was quite a lot of easy/escapable ground, but it’s probably worth recording for the first and last pitches, which were good turfy mixed climbing. The route was named Hare Restorer because I scared a hare when throwing a sling over a belay boulder and it’s next to The Comb.

The easy gully immediately west of The Comb doesn’t seem to have a name. It’s technically F Gully I guess, and is well defined in its upper reaches where it forks. I’ve climbed the left fork before, which was one of the reasons we were up in this area.”