Posted on December 27, 2010 by Simon Richardson 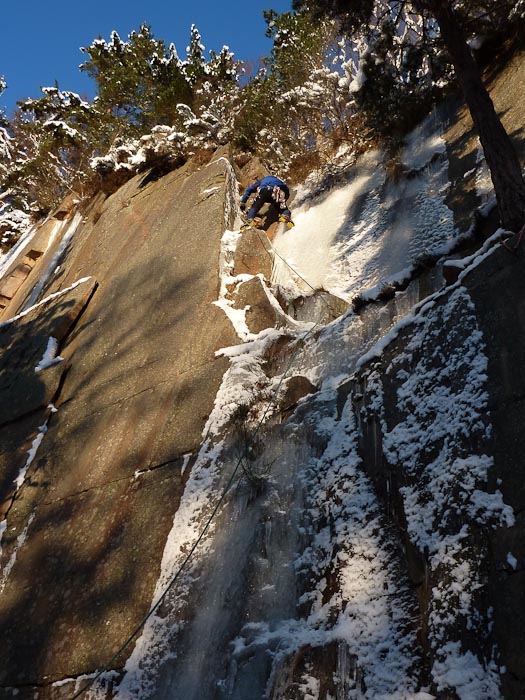 “I was there on Wednesday (December 22) and led one route [Urban Decay (Severe)] which was exciting leading.  Was back today (December 26), great fun and I led one of the lines [Magic Bus F5+] and Sandy Simpson another [Deathwish 2 F5+] but its all on it’s way out now.  I top roped the corner left of Heinous de Milo last Wednesday and was keen for a go on the lead but it had fallen down so I was spared!”